Roger Nusbaum, “ETFs are just a tool. I promise you that people in the past have misused every single tool in existence and will do so in the future.”  (Random Roger) 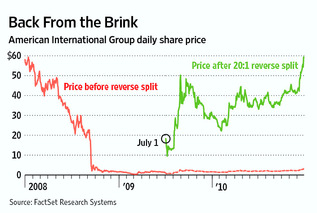 Short interest is down to levels not seen since the financial crisis.  (Bespoke, ibid)

Are fund flows the story of 2011?  (Big Picture, MarketBeat)

Brett Arends does not believe in this stock market rally.  (ROI)

Job one for investors:  avoid scams.  (A Dash of Insight)

Dave Nadig on thinly traded ETFs, “Premiums and discounts are rarely accidental. Their either structural or the result of bad liquidity.”  (IndexUniverse)

Finding a home in the investment business is tougher than it sounds.  (the research puzzle)

Should I work at a startup or as a quant at a hedge fund?  (Quora)

In light of the ‘frenzied trading’ Facebook may not be able to put off an IPO for long.  (Dealbook, Term Sheet)

Patent trolls and the future of Android.  (Apple 2.0)

Is it time to take a look at China and Russia now that the BRIC fever has broken?  (AR Screencast)

Is China going to cut back on the new auto boom?  (NYTimes)

What happens to the sell-side, and the market as a whole, if everyone is internalizing their own order flow?  (Points and Figures, FT, Ben Weiss)

Post-Lehman Brothers, Wall Street has successfully defended itself against most attempts to rein it in.  (Bloomberg)

“(I)nvestment banks scrap like toddlers over league table rankings because, at the end of the day, their clients want them to. After all, investment banking is a service business. ”  (The Epicurean Dealmaker)

The quest to be Buffett continues at Biglari Holdings (BH).  (Inelegant Investor)

Ackman vs. Shilling on the housing market.  (Felix Salmon)

Looking back at the role of residential investment in the great recession.  (Econbrowser)

What is it going to take to get “shellshocked CEOs” to invest?  (Newsweek)

What kind of damage could a spike in interest rates have?  (The Source)

Consumer sentiment follows equity prices, not the other way around.  (Value Plays)

On the prospects for a better economy in 2011.  (Calafia Beach Pundit)

How fast will the economy recover?  (Economist’s View)

The year in graphs.  (Calculated Risk)

Energy trading fictionalized, with a side of steak.  (WashingtonPost)

The challenge of academics of cable news.  (Daniel Drezner)