Ashwin Parameswaran, “The routine jobs of 20th century manufacturing and services that were so amenable to creating mass employment are increasingly a thing of the past.”  (Macroeconomic Resilience) 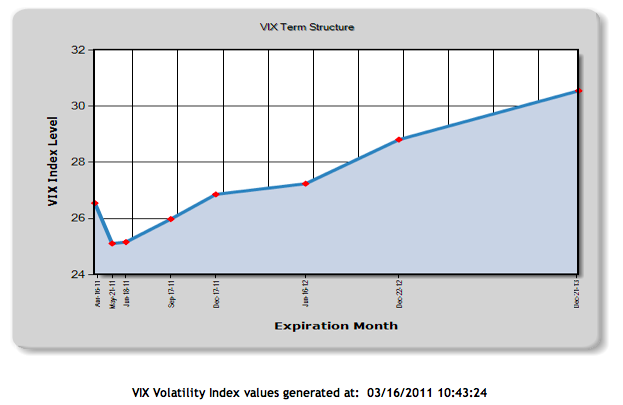 The VIX has risen but the VIX futures curve has flattened.  (CBOE)

How to displace emotion with analysis.  (A Dash of Insight)

The blogosphere provides ample opportunity for you to engage in confirmation bias.  (Big Picture)

On the prospects for margin compression.  (Contrarian Edge)

The Kindle as an iPad accessory.  (SAI)

The information content inherent in ETF premia, the case of Japan ETFs.  (IndexUniverse)

Where Jeff Gundlach is allocating money in a multi-asset portfolio.  (Pragmatic Capitalism)

Interesting story that PIMCO shares are trading in the private market. (BetaBeat via TRB)

Prop traders are going to find the going tougher outside of a big firm.  (Reuters)

Companies want investors to have to report 5%+ positions faster than they do today.  (Dealbook)

Steven Pearlstein, “Our reward structures don’t encourage spending the time or the money to deal with low-probability disasters.”  (WashingtonPost)

What damage has been done to the prospects of nuclear energy?  (Smart Money Europe, Bespoke, MarketBeat)

Trying to get some measure of the macroeconomic effects of natural disasters.  (Econbrowser, Paul Kedrosky)

The Swiss franc is the go-to safe haven currency.  (The Source)

Has China won the war on inflation?  (Money Game)

What is the worst case scenario for the Australian resource economy?   (Macro Business)

The Fed keeps rates unchanged and an estimate of when we might see higher rates.  (Mark Thoma, Gavyn Davies, Tim Duy, Aleph Blog)

Netflix (NFLX) is acting like an insurgent by disrupting the traditional business model of the TV networks.  (AR Screencast)

Why your company should embrace March Madness.  (Abnormal Returns)

Jonah Lehrer, “There is nothing frivolous about play.”  (The Frontal Cortex)