Tim Richards, “The reality is that people are reflexive and markets are adaptive.”  (The Psy-Fi Blog) 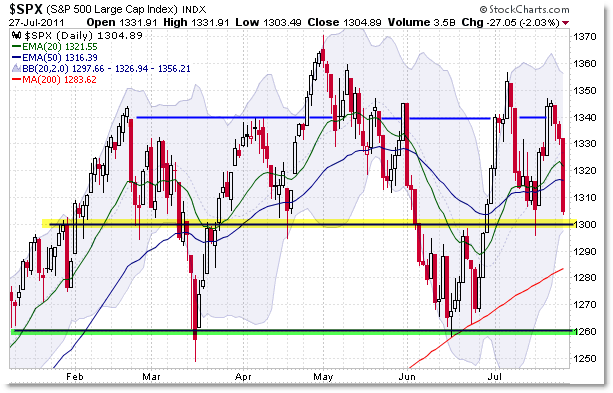 Levels matter more than moving averages in a rangebound market.  (Afraid to Trade)

Market volatility is picking up ever so slightly.  (Bespoke)

Nearly half of US corporate cash balances are held overseas.  (FT)

Canada as a refuge from the storm.  (Humble Student)

The amazing spread in returns between the returns to a high profile mutual fund and actual investor returns.  (Morningstar)

There are only two reasons for long-dated, illiquid assets.  (Aleph Blog)

On the dangers of “confirmation bias and shallow analysis.”  (Economic Musings)

HTML5 could put the hurt on Adobe ($ADBE) Flash.  (GigaOM)

The much hyped Verizon ($VZ) iPhone was swamped by overseas growth.  (Asymco)

Sprint ($S) cannot seem to get out of its own way.  (MarketBeat, Insider Monkey)

It helps to have a brand name when launching an IPO.  The case of Dunkin’ Brands ($DNKN),  (Dealbook)

Three retailers that could go the way of Borders.  (Marketwatch)

Fast food IPOs do not necessarily run right out of the gate.  (YCharts)

The big banks are not best in class in any of their business lines and the market knows it.  (Dealbook)

The slicing and dicing of sector ETFs gets ever thinner.  (Random Roger, IndexUniverse)

The National Science Foundation is embracing the startup culture.  (peHUB)

Sovereign credit default swaps:  what are they good for?  (WSJ)

Europe’s debt crisis is far from over.  (Curious Capitalist)

Brazil really wants to tamp down on speculation in the real.  (Reuters)

A downgrade of the US is a long term negative for the economy.  (Musings on Markets, Felix Salmon)

Econobloggers are gloomy on the economy.  (Capital Spectator)

Jonah Lehrer, “If trust begins when we share the treasure, what happens when there’s no treasure left to share?”  (The Frontal Cortex)