I don’t often solicit guest posts for Abnormal Returns but I wanted to highlight this post by Jared Woodard at Condor Options.  When I went to summarize the post I realized I would just muck it up by excerpting it.  I think it makes some really important points about how to think about the markets once you go beyond a buy/sell/hold mentality.  Thanks to Jared for letting us re-post and I hope you enjoy the post as much as I did.

Risking capital is like making a statement in a language. In a natural language like English or French, asserting some proposition puts you at risk of being right or wrong. If you say true things over and over, people will respect you more; if you constantly assert obvious falsehoods, no one will take you seriously. In the language of financial assets, expressing some view means risking your financial capital instead of your social capital: if your financial assertion is wrong, you will lose some money.

The problem with delta one assets like stocks, futures, and ETFs is that you can’t say very much with them. The buy/sell/hold world of delta one products is like a language in which you can only say yes, no, or “I don’t know” to any question. I heard a segment on CNBC this morning where they threw a bunch of topics at Dick Parsons and wanted him to say “long,” “short,” or “no comment” to each topic. That’s delta one thinking. It probably makes for better programming than anything I could put together–few people actually want to hear guests give ten-minute-long nuanced discussions of the day’s issues–but it’s certainly limiting.* 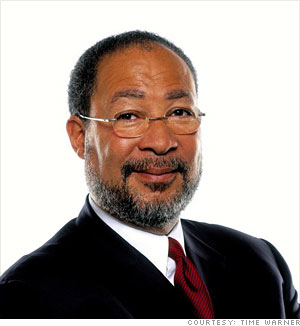 Dick Parsons: amused by your delta one thinking

So what are options good for? Options allow you to say more, and to say it more precisely than you ever could with stocks or futures alone. Everyone implicitly thinks in terms of options. For example, a stock trader who decides that an asset trading at $50 today is something he will buy if it trades at $40 in the next two months is implicitly willing to sell a two-month put struck at $40. An investor who owns a stock at $50 and sets a sell stop at $60 is implicitly short the 60 call. So one of the benefits of executing trades with options instead of just stock alone is that options allow you to say all the things you wanted to say already, but couldn’t.

Another benefit is the Marshall McLuhan effect: the medium of options actually changes the kinds of messages it occurs to you to express. This is really the reason why I think options are so interesting and valuable. If the only three words in my financial vocabulary were buy, short, or hold, I might not bother thinking my way to a thesis that could only be expressed with optionality. 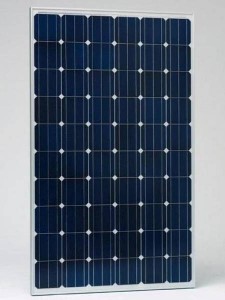 Trina Solar either bought way too many of these too expensively, or they’re just overleveraged geniuses.

A great real-world example of this is John Hempton’s position in Trina Solar. He started out with a simple short position on company he thought had borrowed and leveraged itself into insolvency. As reality began to chafe against the position, his thesis changed from “this stock is going to zero” to “this stock is either going to zero or to fifty.” Instead of exiting the short position altogether – which would have been the only safe move in a delta one world – he seems to have moved into a series of long-dated strangles, which will profit if the company blows up or if it defies skeptics and rockets higher.

I even wonder if there’s something epistemologically interesting about options. One of the most frequently challenged aspects of Bayesianism and decision theory is the idea that epistemic agents might hold a belief to some precise degree between 0 (total withholding of assent) and 1 (total assent). On its face, saying that “I believe there is some cake in the next room” is a proposition you might hold to the degree 0.60 seems silly. But if you have a bullish view on a stock, and you buy a 60 delta call on that stock, well suddenly you’re asserting a proposition that is intuitively more similar to what the decision theorists are on about. Maybe the problem with the epistemology right now is that it only knows delta – i.e. can only envisage a belief regarded as true to some degree – when in fact our ordinary beliefs also have other greek-like sensitivities. Most of my beliefs are long gamma: I will be increasingly more inclined to regard them as true the more confirming evidence comes in. Are beliefs short theta – if no evidence for or against a proposition ever comes in, do you become less willing to assert or deny the proposition at all? And what if tons of new evidence for and against the proposition comes in – more than you expected (volatility). If you feel good about that, maybe your epistemic situation is long vega. This is all obviously speculative and maybe even duplicative of work in extant decision theory. But I think it’s interesting because options markets provide countless real examples of agents putting themselves at risk in very precise ways.
______________
* In an academic’s paradise, an option can be perfectly replicated by a series of cash flows generated by buying and selling the underlying asset. (see Rubinstein and Leland 1981) Buy even if we assume no jumps and no transaction costs, the thesis expressed by buying an option would still have to be expressed in delta one language as a nested series of conditional statements, e.g. if the asset rises by $1, buy n shares to replicate the delta of a long call, and then if…, etc. In this respect, the language of options and other derivatives is actually far simpler than the language expressing the same idea using only the underlying asset and agent preferences.