Barry Ritholtz, “Humans deal with financial losses in a very specific way — and its not fury.”  (Big Picture) 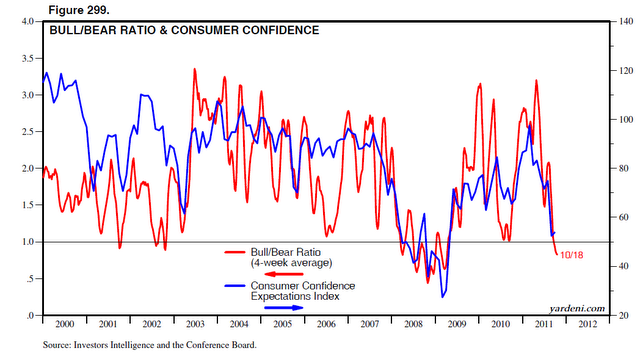 On the relationship between market sentiment and consumer confidence.  (Dr. Ed’s Blog)

A review of what post-earnings announcement drift means.  (Phil Pearlman)

Global oil production has been flat for a decade.  (Gregor Macdonald)

Scott Bell, “That’s the thing about investing. There aren’t many shortcuts or crystal clear road maps. In the end, common sense & listening to yourself is usually the best medicine. But sometimes the reptilian brain & self delusion get in the way. So, it’s always better to know thyself truly.” (I Heart Wall Street)

Three ways to overcome your fears from past (bad) trades. (SMB Training)

Some academic readings and the death of the SEO offering effect.  (Turnkey Analyst)

Intel ($INTC) has broken out of a two-year trading range.  (Bespoke)

Bloggers got clocked in regards to Apple ($AAPL) earnings.  (Apple 2.0)

The Mac business is still chugging along.  (SplatF)

Enforcing position limits is going to be tougher than it looks on first glance.  (Falkenblog, Points and Figures, Term Sheet)

On the similarities between Steve Jobs and Jack Bogle.  (CBS Moneywatch)

Be wary when your broker shifts firms.  (I Heart Wall Street)

Dollar down. Euro up.  (The Source, ibid)

Annualized real GDP per capita is nowhere near its pre-recession highs.  (The Atlantic)

How Fed policy is putting a cap on net interest margin at banks.  (Credit Writedowns)

What would a mass mortgage refinancing do for the economy?  (Wonkblog)

Richard Bernstein wants to turn the US into one big enterprise zone.  (FT)

People get stocks and flows confused all the time.  (Baseline Scenario)

A way to improve the social sciences:  separate the idea from the research.  (Aleph Blog)

The top lists of all time.  (Altucher Confidential)