Here are seven (or so) links at 7AM Eastern.  Good luck out there today.

Chart of the morning 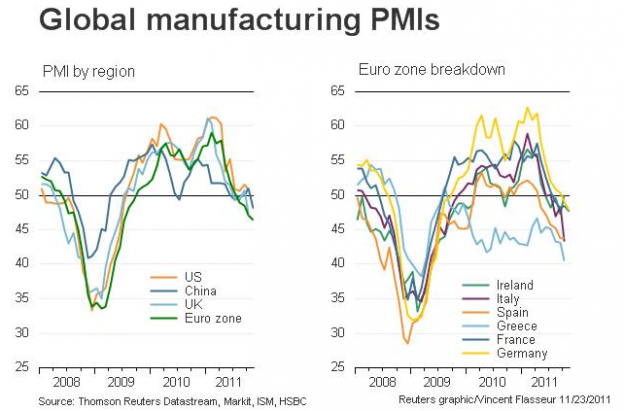 Quote of the morning

John Kay, “If the eurozone had quickly recognised defeat in Greece, it would have suffered a manageable failure and learnt an important lesson for the future. Instead it has followed the martingale.”  (FT)

Are we running out of (positive) economic surprises?  (Pragmatic Capitalism)

The world is awash in potential economic pressures.  (Tim Duy)

The North-South spread in Europe in pictures.  (The Reformed Broker, WSJ)

What automatic cuts are now in play post-supercommittee?  (Free exchange)