“Perhaps the S&P 500 will keep rising this year. But if it does, it won’t be because the index is dirt cheap.”  (Buttonwood) 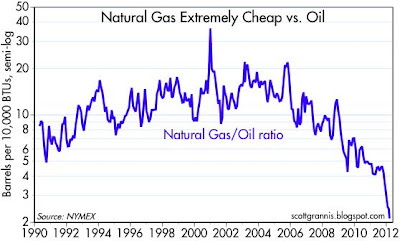 Another look at the Treasury curve ‘accordion.’  (research puzzle pix)

What companies belong to the $100 billion club?  (Bespoke)

Why you should pay attention to volume.  (Tyler’s Trading)

Just how far has computing come in the past four years:  the Apple ($AAPL) example.  (Asymco)

What company can be ‘the Apple of consumer credit’?  (Ben Weiss)

So giving away music for free doesn’t generate profits?  The case of Pandora ($P).  (Time)

Companies should listen to their employees, not consultants.  (Aleph Blog)

Why LPs want to be GPs.  (Institutional Investor)

Why volume is getting shunted into dark pools.  (Term Sheet)

Forex trading volumes have dropped off the table as traders shun the Euro.  (FT)

The exchanges are beginning to push back against high frequency traders for clogging the quote pipeline.  (FT)

If you are NOT a part of the Facebook underwriting syndicate raise your hand.  (Deal Journal)

Hedge funds are off to a good start.  (Dealbook)

What Bill Ackman likes in the retail space.  (Market Folly)

Don’t mess with the safety of US Treasuries.  (Free exchange)

Why the $VIX is different than other “commodities.”  (Condor Options, Six Figure Investing)

The problem with Brazil.  (IndexUniverse)

The rally in the Norwegian krone.  (The Source)

Where did the surge in consumer credit come from?  (EconomPic Data)

The drop in coal traffic is holding back rail car loadings.  (ValuePlays)

Why novelists are wary of writing about Wall Street.  (Wonkblog)