Dan Loeb, “Looking at portfolios, think deeply about process over outcome. If you do something the right way enough times, you’ll win.” (Market Folly) 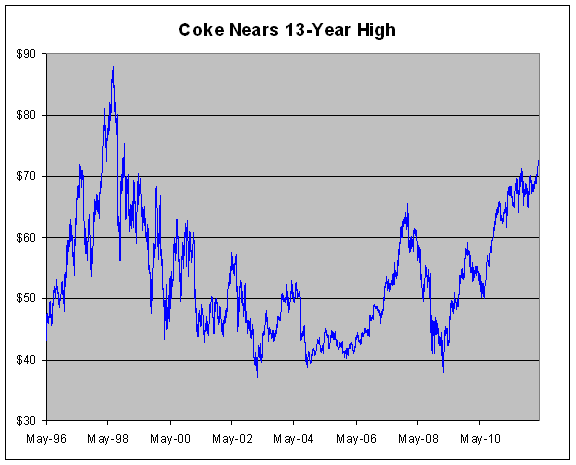 Have a Coke and a thirteen-year drawdown.  (Crossing Wall Street)

New highs are beginning to drop off.  (All Star Charts)

How to think about options trading.  (SurlyTrader)

On the disparity in risk taking among men and women.  (Above the Market)

What lessons traders can learn from the “King of Blackjack.”  (Mercenary Trader)

The case against Apple ($AAPL) stock, not the company.  (Zero Hedge)

What does Warren Buffett see in Wal-Mart ($WMT)?  (Insider Monkey)

In defense of sell-side analysts.  (Interloper)

Wall Street does not get social media, part 253.  (I Heart Wall Street)

On the downside of crowdfunding for entrepreneurs.  (Deal Journal)

How to avoid getting fired from your own startup.  (peHUB)

Naive attempts at hedge fund cloning are at-risk of failure.  (Focus on Funds)

The effect of coal shipments on rail traffic.  (ValuePlays)

Another way in which coal and fracking are in conflict.  (Wonkblog)

Is the US economy still accelerating?  (Crossing Wall Street)

What are the regional Fed surveys saying about manufacturing activity.  (Calculated Risk)

Who captured the Fed?  The banks.  (Economix)

Jeff Bezos has found the Apollo 11 rocket boosters at the bottom of the Atlantic Ocean.  (Wired)