David Merkel, “Size matters, and for investment purposes, smaller is better.  And for the most part, less complex is better too.  Don’t demand liquidity from markets, or you will lose.  If liquidity come to your door, and it seems to be a good deal, wave it in.”  (Aleph Blog) 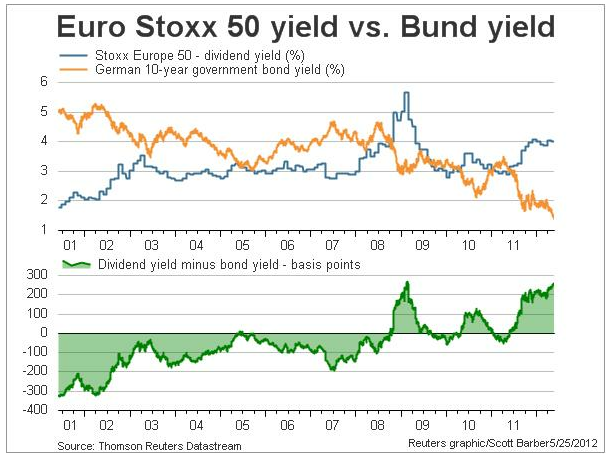 What risk-off looks like in practice.  (All Star Charts)

The Loonie is the new Aussie dollar.  (MarketBeat)

The market is bubbling up some new dominant memes.  (Minyanville)

The Oslo exchange is cracking down on ‘quote stuffing.’  (FT)

Yet another example of why dividends matter.  (Money Game)

MS, “So stop worrying about how Wall St is screwing you and work on creating an edge of your own.”  (Mortality Sucks)

Are the best traders one trick ponies?  (The Crosshairs Trader)

Don’t worry about Dell ($DELL) execs, they are doing just fine for themselves.  (footnoted)

Is there any value in Sony ($SNE) on a sum-of-the-parts basis?  (The Brooklyn Investor)

Are we witnessing the death of the big box store?  (Time)

Tired investors are giving up on the Euro.  (FT)

JP Morgan would do well by its shareholders by breaking itself up.  (Sheila Bair also Felix Salmon)

Why QE3 is not on the table.  (Economist’s View)

Two dueling books on the future of the American economy. Which one wins? (Economist)

On the importance of compounding experience, not just interest along the way.  (The Reformed Broker)

Don’t let SpaceX lull you into thinking space is a good investment.  (Marketwatch)