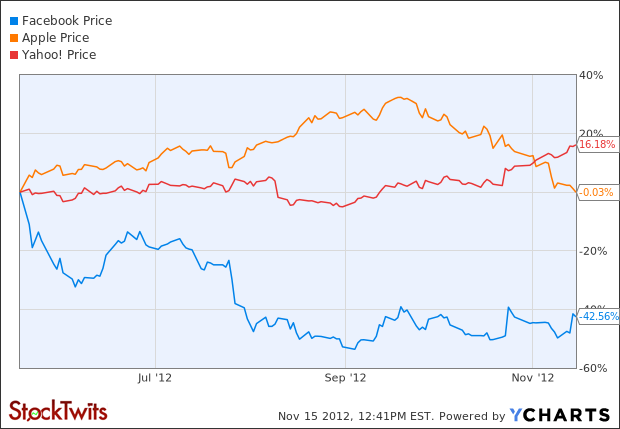 Some notable hedge funds have loaded up on Facebook ($FB) shares.  (Forbes, Reuters)

The “chase for performance” is a thin reed to build a bull case.  (The Reformed Broker)

The case for a November rebound.  (Market Anthropology)

The prospect for a real turning point in the market.  (Big Picture)

What happens if bonds and stocks re-converge?  (BondSquawk)

Reason to favor small caps in this part of the market cycle.  (World Beta)

Corrections are discouraging: how to go to cash.  (Joe Fahmy)

Are autos a better bet than housing at this point in the economic cycle?  (Daily Ticker)

Why housing busts take so long to work off.  (The Atlantic)

Goodbye carrier profits: on the decline of the text message.  (Marketwatch)

Congressional report puts the blame on Jon Corzine for the demise of MF Global.  (Dealbook)

Is there a stigma attached to companies who file to go public under the JOBS Act?  (WSJ)

Should corporate democracy include a say in how a companies’ political spending.  (Dealbook, Dealbreaker)

Andrew Haldane asks whether the financial system be made simpler?  (Institutional Investor)

In case you had any doubts that the Eurozone was in recession.  (FT Alphaville, Dr. Ed’s Blog)

The divergence between the US and Eurozone economies is striking.  (Sober Look)

What’s Behind the Numbers: A Guide to Exposing Financial Chicanery and Avoiding Huge Losses in Your Portfolio by John Del Vecchio and Tom Jacobs is “very good indeed.”  (Reading the Markets)

A few notes on  Trade the Congressional Effect: How to Profit from Congress’s Impact on the Stock Market, by Eric Singer.  (CXO Advisory Group)

Christopher Steiner author of Automate This: How Algorithms Came to Rule Our World talks automated trading.  (The Colbert Report)

10 under-rated reasons you should get an MBA.  (Eric Jackson)

How does Jimmy Fallon get such great musical guests?  (Slate)