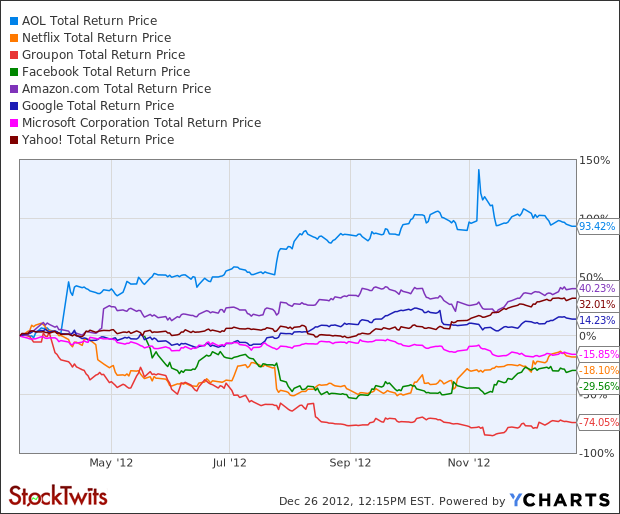 The last few days of the trading year are “garbage time” for traders.  (The Reformed Broker)

Jeff Gundlach wants to be short the Yen.  (Advisor Perspectives)

Just because some one else has a different strategy doesn’t mean it doesn’t work for them.  (Joe Fahmy)

The only investment goals that matter are yours.  (Bucks Blog)

The lines between hardware and software are blurring:  Apple vs. Google vs. Facebook vs. Amazon.  (WSJ)

On the Series A crunch: real or imagined?  (Pando Daily, ibid)

The big retailers are having a rough time of it.  (Quartz)

Many people, including those in Washington, think the stock market is a rigged game?  (Michael Santoli earlier Abnormal Returns)

The key downside risk to the economy in 2013.  (Calculated Risk)

Jerry Seinfeld and the importance of refining your craft.  (Digging In)

Why NFL fans are staying home.  (The Daily Beast)

Why vinyl could once again be the dominant physical form for music.  (Babbage)