Here’s wishing all of our readers a happy and healthy New Year!

John Kay, “There are few certainties about the future: but one is that hedgehogs who make confident statements on the basis of some universal theory will be as persistently misleading counselors in the future as in the past.”  (FT) 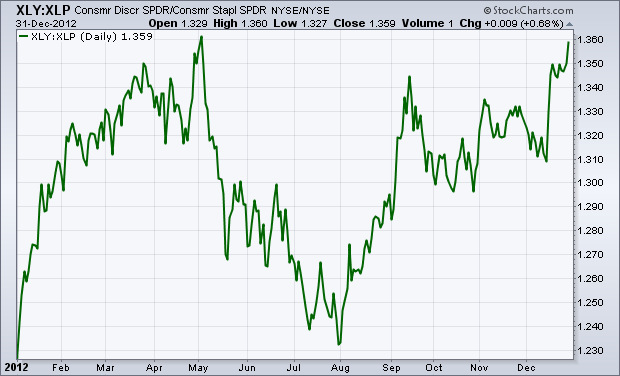 Everyone is looking for a turn in the bond market in 2013.  (research puzzle pix, NYTimes)

Just how special is January to market performance?  (Mark Hulbert)

Price action is pretty positive at the moment.  (Joe Fahmy)

On the value of keeping investing simple.  (Big Picture)

Why would you pay 2&20 to reduce volatility?  (ETF Replay)

Some insights on dealing with the luck/skill divide from Michael Mauboussin’s The Success Equation.  (Farnam Street)

Traders need to “crush” one thing at a time.  (Phil Pearlman)

You can’t change a habit without understanding it first.  (Time)

Carl Richards, “The risk of diversification is that you will bail on it as a strategy at exactly the wrong time.”  (Bucks Blog)

What you need to know if you are not going to be diversified.  (Howard Lindzon)

Tallying up the special dividends of 2012.  (The Daily Beast)

Should shorts, especially celebrity short sellers, be required to disclose their positions?  (Dealbook)

Who has the cheapest bond ETFs?  (Learn Bonds)

Swedes can get by without touch ing cash these days.  (Ultimi Barbarorum)

Checking in on the Fed’s balance sheet.  (Econbrowser)

For the first time in a long time taxes are going up on rich guys.  (WSJ)

It could have been worse.  (Pragmatic Capitalism)

Ten things you should know about the cliff deal.  (Bloomberg)

The simple fact why a deal on taxes was reached: the predictability of rich white guys.  (The Reformed Broker)

How fructose-flavored foods could make even hungrier.  (Scientific American)

A pill to kill bedbugs?  (Well)

A few extra pounds may cut the risk of early death.  (USA Today)

Things users ask Google how to do.  (Quartz)