Michael Mauboussin, “Most people have a difficult time accepting that super-successful products are not special.”  (Huffington Post) 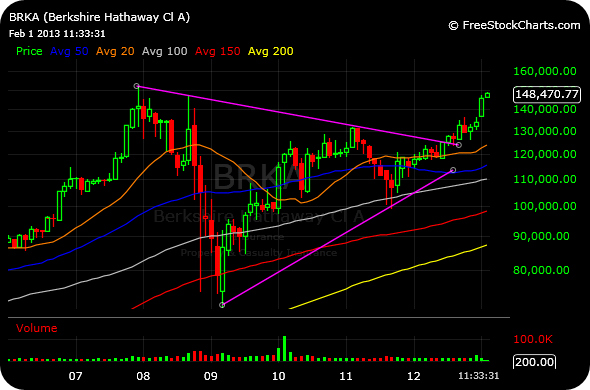 Just because there is “cash on the sidelines” does not mean it will go into equities.  (Michael Santoli)

Cash plays a myriad of roles in a portfolio.  (Market Folly)

Americans are being forced to rethink retirement.  (WSJ)

Check out an excerpt from Helaine Olen’s Pound Foolish: Exposing the Dark Side of the Personal Finance Industry.  (Slate)

Apple’s next move is into the living room.  (Pando Daily, Bloomberg, AllThingsD)

Why an Apple ‘phablet‘ should happen.  (Marco Ament)

Apple needs to get in synch with its investors.  (Musings on Markets)

Twitter is the new home of fake company news.  (Reuters)

Last year was not a good one for college endowment funds.  (WSJ)

WisdomTree Investments ($WETF) has been on the right side of some trends.  (Focus on Funds)

European value stocks are trading at a big discount to growth stocks.  (Buttonwood)

The Yen is weakening against the Euro.  (Money Game)

Europe’s economy is still a bit of a mess.  (Bonddad Blog)

Despite a drop in enrollments new law schools are opening up.  (WSJ also The Atlantic)

The old “10 and 2” steering wheel grip is no longer recommended.  (Boing Boing via Digg)

How the Nest thermometer is going to change home automation.  (ReadWrite)