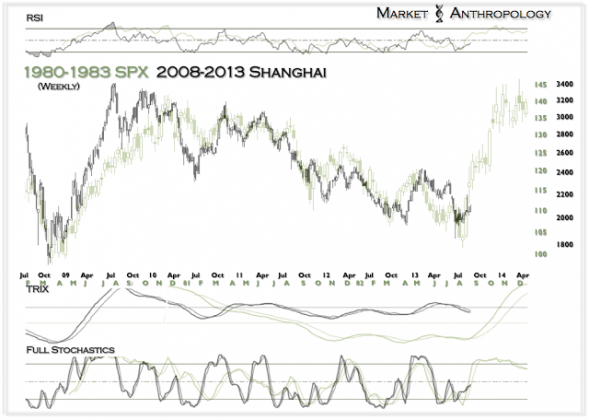 The case for Shanghai.  (Market Anthropology)

The market is not as overbought as it was last September.  (Horan Capital)

Crude oil has been on a tear.  (Charts etc., BCA Research)

Are companies emerging from Chapter 11 worth the risk?  (Turnkey ANalyst)

More on the use of Google Trends to predict the stock market.  (SSRN)

The math behind the deal.  (Minyanville)

The Micros0ft-Nokia deal is smart but a longshot.  (Henry Blodget also A VC)

Should Microsoft have purchased Blackberry ($BBRY) back in 2009?  (SplatF)

Microsoft is funding this deal with overseas cash.  (Quartz)

What kind of bond issue is Verizon ($VZ) going to have to do to fund its Vodafone deal?  (MoneyBeat, Dealbook)

What effect will rising interest rates have on corporate profits?  (Bloomberg)

Despite their decline emerging markets are still a risk to the global economy.  (Humble Student)

Which bank is most exposed to emerging markets?  (Term Sheet)

State and local government is still a drag on the economy.  (Calculated Risk)

No matter how you slice it monetary policy is at an inflection point.  (Tim Duy)

Cars are in short supply.  (WSJ)

What you missed in our Monday linkfest.  (Abnormal Returns)

The television landscape is going to get more muddled before it gets clearer.  (Pando Daily)

E-mailed newsletters, like The Slurve, are the new blogs.  (Nieman Journalism Lab)