Joshua Brown, “A lifetime of outperforming the markets is unattainable for most. But a lifetime of self-improvement and the acquisition of skill and knowledge – that’s available for anyone who’s willing to go for it.”  (The Reformed Broker) 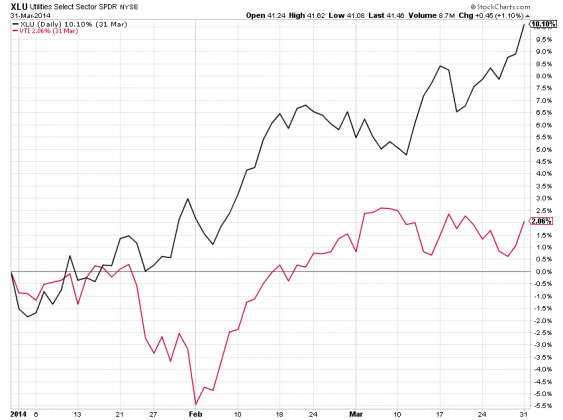 Should we be concerned by recent strength in the utilities?  (Pension Partners)

As a trader you will be wrong a lot. Get used to it.  (All Star Charts)

How to handle a big gain.  (A Dash of Insight)

Beware stock picks from your favorite pundit.  (A Wealth of Common Sense)

When will companies begin to invest in earnest?  (FT Alphaville, Barry Ritholtz)

What is going on with Google ($GOOG) shares today?  (Daily Ticker, TechCrunch, FT)

Is the new Coca-Cola ($KO) compensation plan as big a giveaway as advertised?  (The Brooklyn Investor)

Is the HFT boom already over?  (The Week)

Whom to believe on the costs/benefits of HFT?  (Rekenthaler Report)

Should ETF investors tune into the HFT debate?  (ETF)

HFT has nothing to do with the direction of a stock.  (LikeFolio Blog)

Justin Fox, “Yes, we should strive toward a market that’s rigged in the least expensive, most transparent, most efficient, most stable way possible.”  (HBR)

Currencies are the new playground of high frequency traders.  (Bloomberg)

Wealthfront is taking on more capital to take on the big boys.  (TechCrunch)

Mortgage REITs are not all that.  (Morningstar)

Does the world really need a “Dogs of the Dow” strategy for the emerging markets?  (Random Roger)

Pimco is looking more like a middle of the pack manager these days.  (FT)

Real interest rates have been falling for decades. Why should we expect them to go much higher?  (Real Time Economics)

Weekly initial unemployment claims are hanging in there.  (Calculated Risk)

On the rebound in North American rail traffic.  (ValuePlays)

What you may have missed in our Tuesday linkfest.  (Abnormal Returns)

Office for iPad is for a “different kind of work.”  (WSJ)

It sounds like Mike Judge’s new HBO show ‘Silicon Valley’ is worth a watch.  (Pando Daily, Slate, The Daily Beast)