Robert Seawright, “Things rarely turn out the way we expect. We never have everything covered. Life happens. Act accordingly. You have been warned.”  (ThinkAdvisor) 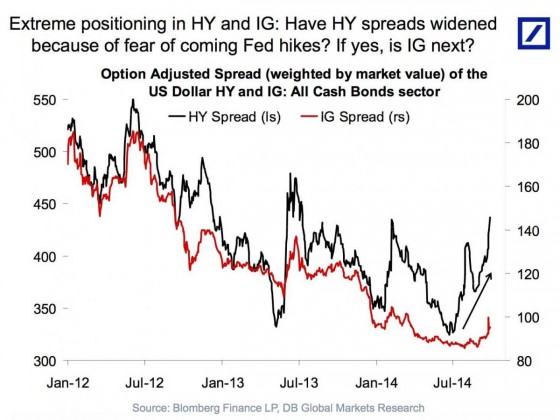 High yield spreads have been on the rise for awhile now.  (Business Insider)

How have REITs performed during periods of rising interest rates.  (A Wealth of Common Sense also WSJ)

Why do we use volatility as a proxy for risk?  (StreetEye)

Why companies should put a professor on their boards of directors.  (Alpha Architect)

Regulators are taking a closer look at leveraged loans.  (Bloomberg)

Where the Darden Restaurants ($DRI) board went wrong.  (Dealbook)

What Bill Ackman is charging overseas to invest in his new public fund.  (Breakingviews, Dealbook)

There is a full-on European ETF price war.  (FT)

A profile of Daniel Ivascyn the new CIO of Pimco.  (WSJ)

The downsizing of the Gross’ former fund could be messy.  (FT)

Consultants are bailing on Pimco.  (Dealbook)

Small is beautiful: when bond kings manage too much money.  (SSRN)

Has the Treasury gone too far in lengthening the maturity of the national debt?  (Real Time Economics)

What you might have missed in our  Tuesday linkfest.  (Abnormal Returns)

Why baseball is suffering a dearth of runs.  (Wonkblog)

On the death of the bunt in MLB.  (The Atlantic)

The iPhone 6 Plus is great for gamers.  (TechCrunch)

How “statement socks” became a thing.  (The Atlantic)

The sports blackout rule is no more.  (WashingtonPost)

You can support Abnormal Returns by visiting Amazon or follow us on StockTwits, Yahoo Finance and Twitter.