This post originally appeared at the CFA Institute’s Enterprising Investor blog on October 11, 2016.

“Investors’ personal views on climate science are irrelevant. Enough governments and businesses are convinced by the scientific consensus that the threat is real, and are driving regulatory and technological changes that are reshaping the investment landscape. You may not be interested in the climate, but you can be sure the climate is interested in you.” — Financial Times

Our changing climate is having real-world effects.* 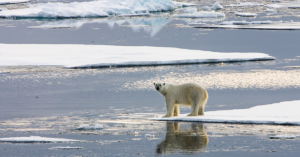 Miami Beach, Florida, is experiencing increased flooding as a result of rising sea levels. All along the Eastern Seaboard in the United States, cities, towns — even naval bases— are battling an array of problems caused by increased coastal flooding and encroaching tides. Indeed, some scientists speculate that Manhattan — an island, by the way — could at some point find itself under water.

The global climate has always been in flux. But historically changes have taken centuries, even millennia, to manifest themselves. We have not, as yet, ever confronted the sort of severe shift that current climatological models suggest may lay in store.

Investment managers need to be evidence-based, and the evidence is now very clear:

“’Once impacts become noticeable, they’re going to be upon you quickly,’ said William V. Sweet, a scientist with the National Oceanic and Atmospheric Administration, who is among the leaders in research on coastal inundation. ‘It’s not a hundred years off — it’s now.’”

Academic finance has started to research the issue. In “Price of Long-Run Temperature Shifts in Capital Markets,” Ravi Bansal, Dana Kiku, and Marcelo Ochoa examine the social costs of carbon emissions. They note that “temperature risks have a significant negative effect on wealth.” Each of the US equity portfolios they examine had a negative exposure, or beta, to long-run temperature fluctuations. This implies a rising risk-free rate and an equity-risk premium.

Many institutional investors now adjust for environmental, social, and governance (ESG) factors, and Morningstar recently began publishing ESG grades for the 20,000-plus funds it covers. While climate change is included among the 20-plus factors Morningstar grades, the phenomenon warrants a category of its own.

BlackRock has also conducted climate change research. In “The Price of Climate Change: Global Warming’s Impact on Portfolios,” the authors discuss the potential influence changing carbon regulation could have on various industries. They note that the insurance sector has already begun to incorporate rising global temperatures into its pricing models. For the larger investment industry, however, the threat of global warming has yet to hit home:

“Most industries lag insurers when it comes to properly accounting for and pricing risks of climate-related events. Many equity investors ignore climate risk, and credit investors and ratings agencies do not routinely assess it. Property markets often ignore extreme weather risk, even in highly exposed coastal areas. Most asset owners do not measure their exposure to potentially stranded assets such as high-cost fossil fuel reserves that may have to be written off if their use is impaired by climate change regulation.”

BlackRock asserts that these effects are not currently priced, but will be very soon. Proactive investors should anticipate that. This is not to say that climate change’s impact will be uniformly bad. As with any wrenching change, there will also be opportunities along the way. Just as investors in fossil fuel-dependent companies must weigh the risks, investors in alternative energy or mitigation services companies could very well profit.

Though global warming could have devastating consequences worldwide, it does not mean investors should concentrate investments in landlocked, temperate nations. It does require that we carefully consider the phenomenon’s potential long-term effects. No part of the planet is immune and some regions will be more affected than others.

The real reason to diversify globally is not to avoid or mitigate short-term market blips, but rather to protect against economic catastrophes concentrated in our home markets, Clifford S. Asness, Roni Israelov, and John M. Liew observe. Investors should be especially mindful of this when it comes to climate change.

The environment’s margin of safety is narrowing with each uptick in global temperatures. This will translate into greater effects on investor portfolios. It is the job of the investment manager to cushion against those risks while still seeking profitable opportunities.

I posed the following question in a recent blog post: “What idea in finance today, that we hold to be true, will seem laughable in 100 years?”

In a century’s time, it may very well be laughable that we did not take the risks of global warming more seriously when considering our investments.

* This post was written before Hurricane Matthew struck the Caribbean and the eastern United States.