One of the cool things about having a platform like this is point out things that others many not have seen on their own. For example, Josh Brown a while back pointed out these cool all-wool shoes from allbirds. I bought, like much of the financial blogosphere, a pair and love them. I  have gotten more comments about them, than other pair of shoes I have owned. (Which may something about my taste in shoes.) 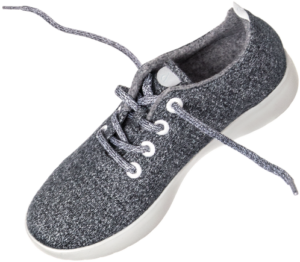 In that same vein I recently came across another US company that is doing cool stuff and is worth a shout out. In the December issue of Modern Trader magazine I read an article by Garrett Baldwin about a Chicago-based company, Dearborn Denim, that sells direct-to-consumer “a great pair of jeans for $49.”

Based on that article I bought a pair of jeans using their online sizing algorithm and again have been pleasantly surprised. They have quickly become my go-to pair of jeans. Finance-types should also be intrigued by the fact that Dearborn Denim was founded and is run by a former bond trader, Rob McMillan. 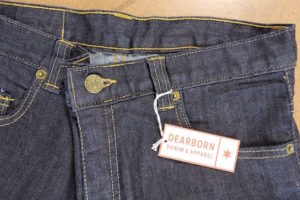 Dearborn Denim’s jeans should appeal to all you value investors out there. Baldwin writes:

Dearborn Denim is different. “We don’t sell to a brand, who then sells to a retailer, who sells to a customer. We sell directly to customers online.”

So you are getting a $59 pair of jeans that would sell for far more in a fancy “jeans bar.” McMillan’s jeans have gotten some great press in the Chicago area including in Crain’s Chicago, the Chicago Reader and DNAinfo Chicago. While the made in Chicago angle is cool. That isn’t the thing that McMillan wants people to remember. From an interview:

Quality has become enshrined among the pantheon of stock anomalies. Maybe the idea of quality should be extended to other purchases as well. Carl Richards at the NYTimes writes:

I like buying high-quality things. And for the longest time, I’ve had this sneaking suspicion that buying high-quality stuff, which perhaps initially was more expensive, actually saved me money in the long run. It wasn’t until very recently, though, that I noticed a strong argument in support of my hunch.

If you buy either product I hope you enjoy them as much as I have. Isn’t that what it’s all about?

*We don’t have any financial (or other) relationship with allbirds other than being a satisfied customer. Dearborn Denim recently created a referral program in which we participate. We do also have a affiliate agreement with Modern Trader where I originally found out about Dearborn Denim.