I used to look forward to March Madness. Filling out a bracket. I used to even run contests here on Abnormal Returns. But the thrill is gone. Conor Sen captured this sentiment in a tweet:

Quants ruined March Madness brackets. The only way to do is now is a bracket without any stat analysis or just don’t do a bracket at all.

The influx of statistical firepower has made filling out brackets more scientific. Between Jeff Sagarin, Ken Pomoroy and Nate Silver there is no shortage of statistics available to some one filling out a bracket. Since we now know who the true favorites are the attention has shifted to trying to find those lower-seeds capable of an upset and/or a deep run in the tournament. 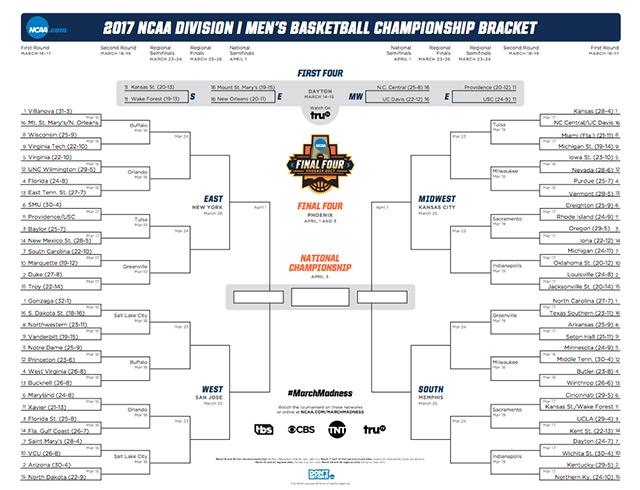 Another factor is the proliferation of outlets where you can enter your picks. It used to be the case that brackets were the province of some guy in your office. Now ESPN, Yahoo and CBS (among others) have made these bracket craftsmen obsolete. This sounds like sour grapes from some one from the pre-Internet era. However there is a serious point in here.

The NCAA basketball brackets are experiencing the “paradox of skill.” Not unlike in the world of investing. In investment management the overall level of skill has dramatically increased over the past 50 some years. As a result the variance in outcomes has declined. The paradox is that now luck plays an even bigger role in relative results. Michael Mauboussin, author of The Success Equation: Untangling Luck and Skill in Business, Sports and Investing writes in a Credit Suisse research paper:

In investing, as in many other activities, the skill of investors is improving on an absolute basis but shrinking on a relative basis. As a consequence, the variance of excess returns has declined over time and luck has become more important than ever. Still, differential skill continues to exist. This process is called the paradox of skill.

The key to generating excess returns is to not only be skillful but to find attractive “games”—situations where you can see where your excess returns are likely to come from. This report touched on three of those pockets of inefficiencies—diversity breakdowns, institutions versus individuals, and trading with investors who are buying for non-fundamental reasons—but there are undoubtedly more. The main lessons are that sometimes it’s more important to worry about the game you’re in than the skill you bring, and that you should always try to avoid being the patsy.

Some would argue that this very same effect is in play with daily fantasy sports as well. A cadre of quantitatively skilled players has made playing these fantasy games all the more difficult for casual players.

So what’s a person to do? In the world of investing, a logical conclusion of the paradox of skill is to simply stop playing the active game. Focus on low costs, index, etc. In fantasy sports, the conclusion is probably not to play at all. Avoid, as Mauboussin calls it, “being the patsy.” NCAA brackets are a little bit more difficult to avoid.

Some companies have embraced the hoopla around March Madness as a time to build camaraderie. In that case fill out a bracket, but make sure you have some fun with it. For others maybe it is time to find a bracket contest that allots points in a unique way. Or join a group with like-minded individuals.

Things change. Being a fund manager is not as fun as it used to be. Nor is being an amateur bracketologist. Either way it is a lesson in the “paradox of skill” and underlines the importance of “not being a patsy.”

Update: Some statistics on why it is getting more difficult to fill out your brackets. And why even a perfect Sweet 16 is tough.