Today marks the 121st anniversary of the Dow Jones Industrial Average. Barry Ritholtz at the Big Picture correctly points out the many issues with index itself. That being said one of the great things about the Dow is you can use it to look back at the many events through history that has affected the stock market. 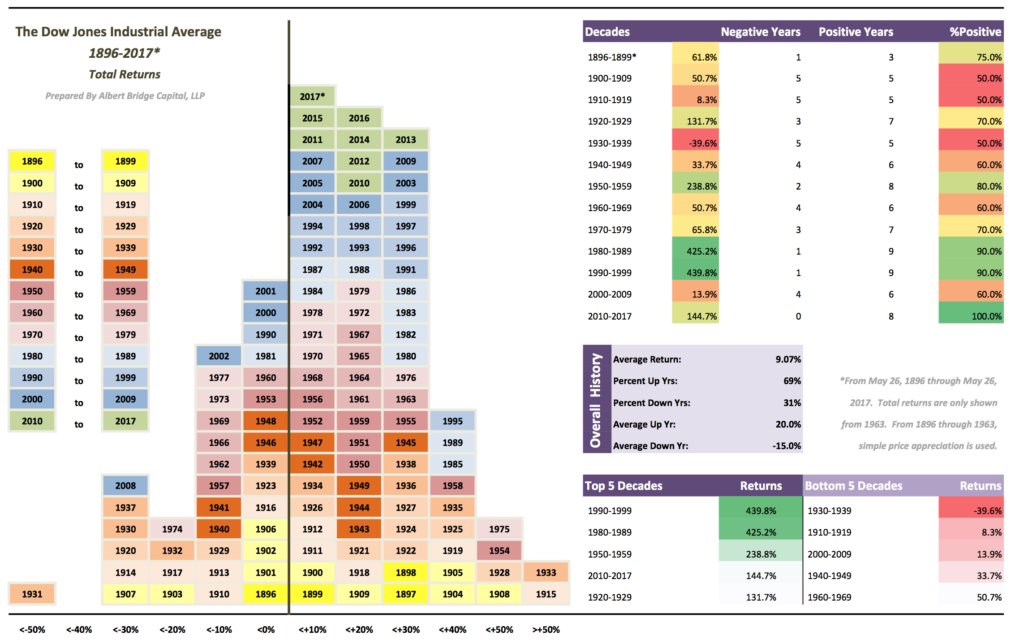 Despite its shortfalls the Dow isn’t going anywhere. (In part because there is $15 billion in AUM in an ETF tracking it.) To paraphrase Humphrey Bogart, “We’ll always have the Dow.”