Let’s admit it. There isn’t a whole lot of different between two competently run S&P 500 index funds other than price. We are witnessing the generic-ization of investing. It shouldn’t be all that surprising that all the major fund companies offer index funds under their own brand name. Charles Schwab ($SCHW) has been particularly effective using this strategy especially in the ETF space where their funds compete head-to-head with Vanguard on price. 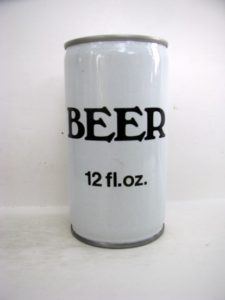 The rising importance of in-house brands or private label brands, depending on you ask, for retailers like grocery stores cannot be underestimated. Abha Bhattari in the Washington Post writes:

“The recession was the best thing to happen to private-label brands,” said Diana Sheehan, an analyst for market research firm Kantar Retail. “Shoppers, whether they wanted to or not, started buying private-label to make ends meet. And they quickly realized that private-label brands had come a long way since the 1980s.”

For example, Kroger ($KR) is suing European grocery giant Lidl, who recently established a beachhead in the United States, over too-similar names for their private label products. Kroger claims Lidl’s “Private Selection” labeling is too similar to their “Preferred Selection” labeling. Lidl stocks its stores entirely with in-house brands which Bhattari reports now make up 25-30% of all supermarket sales.

Today is Prime Day at Amazon.com where you will see Amazon’s own in-house brands (Echo, Dot, Kindle, Fire) featured front and center. It’s not just higher priced items that Amazon has focused on. Jason Del Rey at Recode notes that the AmazonBasics brand of everyday items like batteries and phone cables have become increasingly popular with shoppers. You could argue that Amazon ($AMZN) has accelerated this trend towards low cost, no-name brands through a focus on low prices.

Caitlin Houston in Marketwatch notes there could be a downside to Amazon’s, and Wal-Mart’s ($WMT) dominance at the low-end. Packaged goods retailers may be cutting back on spending and innovation. Houston writes:

Now, instead of fighting for shelf space, Cakmak says the companies appear to be scaling back spending. In his quarterly check with major advertising agencies, he found that consumer packaged-goods companies were spending less on marketing. More worrying were reports that these companies were more focused on protecting the bottom line, rather than investing in growth and new innovative strategies to combat the online models. 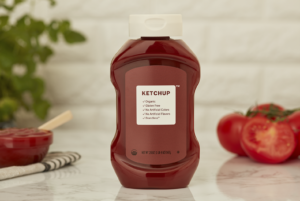 Nor does it look this trend is coming to an end any time soon. A venture capital-backed startup Brandless is using a direct-to-consumer model selling basic (generic) food items all at a single price. Ryan Lawler at TechCrunch notes other companies have been successful going direct-to-consumer but Brandless is unique in its approach on traditional grocery store items. Lawler writes:

The big innovation at Brandless was to make a wide range of household staples and sell them all at a single price. By stripping away what it likes to call the “brand tax” — i.e., all the costs related to the traditional consumer packaged goods distribution model — and going straight to the consumer, Brandless can offer its goods at 40 percent less than comparable products on average.

“40% off comparable products.” You could argue that generic investment products have generated even bigger discounts for consumers. Matt Hougan at ETF.com reports that the “world’s cheapest ETF portfolio” now has a blended fee of 0.06% per year. This is down from 0.16% in 2008 but is substantially lower than what investors were paying for actively managed mutual funds. I have argued that cheap, indexed ETFs were a necessary ingredient for the rise of the robo-advisor.

Generic products, by and large, get the job done at the lowest possible price. It down well, they simplify our decision making. If you think of index-funds as simply a generic or in-house brand it seems a lot less scary than it does in articles chronicling the rise of passive investing. There are legitimate reasons to be wary of the effects of in-house brands and indexing on tamping down on the competition. However, it is hard to argue that this trend has not been a boon to consumers.