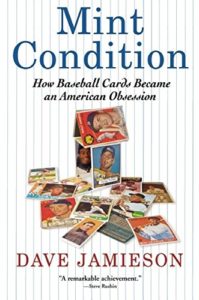 During my lifetime there have been two big mass, collecting manias. One was the surge of interest in baseball card collecting which is well chronicled in Dave Jamieson’s Mint Condition: How Baseball Cards Became an American Obsession. Small pieces of cardboard were traded like stocks. While the boom has long since passed there are still rare baseball cards that maintain their value. The other was the Beanie Baby bubble.

For some odd reason there has been an uptick in interest in Beanie Babies. A small cadre of collectors think that there is another surge in prices around the corner. Shibani Mahtani in the WSJ notes how online hype is reigniting hope for long suffering Beanie Baby collectors. Mahtani writes: 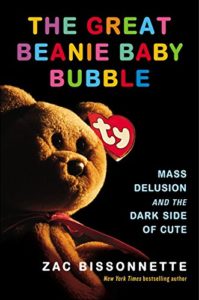 In short, fake news. What isn’t fake news is the fortune Beanie Babies brought for Ty Warner. Zac Bissonnette in The Great Beanie Baby Bubble: Mass Delusion and the Dark Side of Cute notes how the rise and rapid fall of the Beanie Baby phenomenon perfectly encapsulates human psychology.

There is likely something in our genetic makeup to want to collect things. One could picture on the savanna how having ready access to stuff might make survival more likely. In the modern age however most people aren’t collecting arrowheads or tools. They are more likely focused on things like wine, vintage cars and most importantly art. None of which are all that helpful in hunting a mastodon for food.

The most recent edition of the Credit Suisse Global Investment Yearbook has an entire section devoted the asset allocation of high net-worth individuals. Not surprisingly a notable portion of their asset are allocated to residential real estate and collectibles. 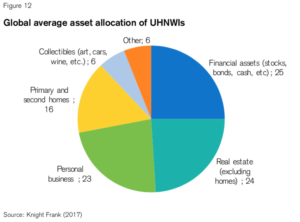 Dimson, Staunton and Marsh comb through the best studies on what they call “treasure assets” to assemble a time-series of returns on a range of collectibles. The graph below shows a wide range of outcomes, all of which fall below that of world equities.

That being said even the best studies of collectibles are going to fall short of those on financial assets. There is an “upward bias inherent in collectible returns, as successful works are more likely to survive.” Other data biases to consider include: hindsight bias, selection bias, backfill bias and survivorship bias. Alan Krueger writing at NYTimes notes:

Measuring the return from investing in collectibles is difficult because the items that are sold each year are not identical and some items are rarely sold…The actual return on holding collectibles may be even lower than most studies indicate because they do not take account of storage and insurance costs, commissions on sales and the risk that it may be difficult to find a buyer. And that does not even take into consideration the products that are manufactured and sold as collectibles from the outset.

The issue of storage and insurance shouldn’t be underrated. Like anyone who has tried to invest in residential real estate they quickly realize that the costs associated with maintenance and insurance quickly come into play and reduce potential returns. 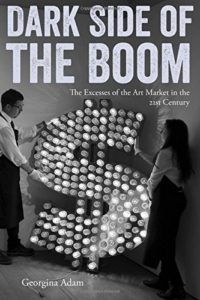 We have already seen the issue of ‘manufactured collectibles’ with Beanie Babies and baseball cards. Today the very same issue could be at work with modern art.* Rachel Wetzler in The New Republic in a review of Georgina Adams’ Dark Side of the Boom: The Excesses of the Art Market in the 21st Century writes:

As contemporary art is increasingly viewed as an asset class—alongside equities, bonds, and real estate—Adam sees artworks often used as a vehicle to hide or launder money, and artists encouraged to churn out works in market-approved styles, bringing about a decline in quality.

The majority of collectors are not likely engaged in money laundering or trying to maximize the tax deduction available to them. There has to be something more going on. Erin Thompson at Aeon writes:

But most collectors have little regard for profit. For them, art is important for other reasons. The best way to understand the underlying drive of art collecting is as a means to create and strengthen social bonds, and as a way for collectors to communicate information about themselves and the world within these new networks.

So, not surprisingly status, is at play. There is also likely a desire to speculate as well. Jacobsen and Burton in their paper Measuring Returns on Investment in Collectibles write:

However, for those with a yen for gambling, collectibles provide an outlet for sustained betting that is perhaps more socially acceptable than casinos or even the lottery, may offer its own sort of intrinsic joy, and in many cases, will yield returns better than even money.

So maybe the desire to collect is simply the flipside of our desire to gamble. As long as we humans have been alive we have been gambling on items both big and small. You could say everything we do is in some form or fashion, a bet. If have some burning desire to engage in collectibles just recognize that it for what it is: an engaging hobby which provides some measure of status-seeking and an outlet for your desire to gamble. What it isn’t is an investment.***

*This isn’t the first time I have written about art as an investment. See these (really) old posts: Art as a (really) alternative investment and Art market machinations.

**I ‘borrowed’ the title for this post from Robin Powell’s post on investing in residential real estate Homes are for Living, Not Investing, In.

***An investment, to me, implies an asset that has a positive expected risk premium. It’s not clear that collectibles, collectively, should have that.