David Swensen, “A fiduciary would offer low-volatility funds and encourage investors to stay the course,” he said. “But the for-profit mutual fund industry benefits by offering high-volatility funds.”  (Justin Fox) 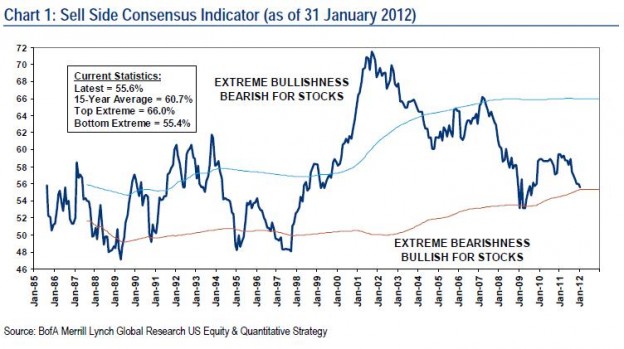 A mess of interesting charts including one showing that sell-side strategists are relatively bearish.  (Stone Street Advisors)

The market surge should not be surprising given previous reactions to open monetary spigots.  (Market Anthropology)

Why MBS rates are “so damn low.”  (The Basis Point)

More backlash against the “war on savers” meme.  (DTAF)

Why should we be surprised when private equity takes advantage of low interest rates.  (Macroeconomic Resilience)

Josh Brown, “What’s the big deal?  Why can’t anyone be wrong anymore?”  (The Reformed Broker)

The big difference between Amazon ($AMZN) and Apple ($AAPL).   (TechCrunch)

Nat Torkington, “Tech Giant IPOs are like Royal Weddings: the people act nice but you know it’s a seething roiling pit of hate, greed, money, and desperation that goes on a bit too long so by the end you just want to put an angry chili-covered porcupine in everyone’s anus and set them all on fire. But perhaps I’m jaded.”  (O’Reilly radar via Daring Fireball)

How much is Facebook worth?  (Henry Blodet, Eric Jackson)

Facebook succeeded in part by being patient and ignoring the haters.  (Bijan Sabet)

On the rise of the venture capital megafund.  (Pando Daily)

The CME Group ($CME) is creating a fund to protect farmers and ranchers.  (Dealbook, WSJ)

Why the DB-NYSE deal failed.  (Economist)

Is the cheapest ETF always the best?  (IndexUniverse)

Bond ETFs for every occasion.  (ETFdb)

Spain is still the key to the survival of the Euro.  (Crackerjack Finance)

You can’t have jobs without cities:  China edition.  (Felix Salmon)

Calls for a double-dip look premature, at best.  (Bonddad Blog)

A January employment report preview.  (A Dash of Insight)