Book notes: Ten critical issues the advanced economies are dealing with. A discussion from Mohamed El-Erian’s The Only Game in Town: Central Banks, Instability and Avoiding the Next Collapse. (Reading the Markets)

Quote of the Day

"While it may feel good, snatching at profits is a character trait (a habit) of a loser. In fact, I discovered that 61% of investments that were sold for a profit of less than 20% kept going up. Had the investor stayed invested, they would have made more money."

Chart of the Day 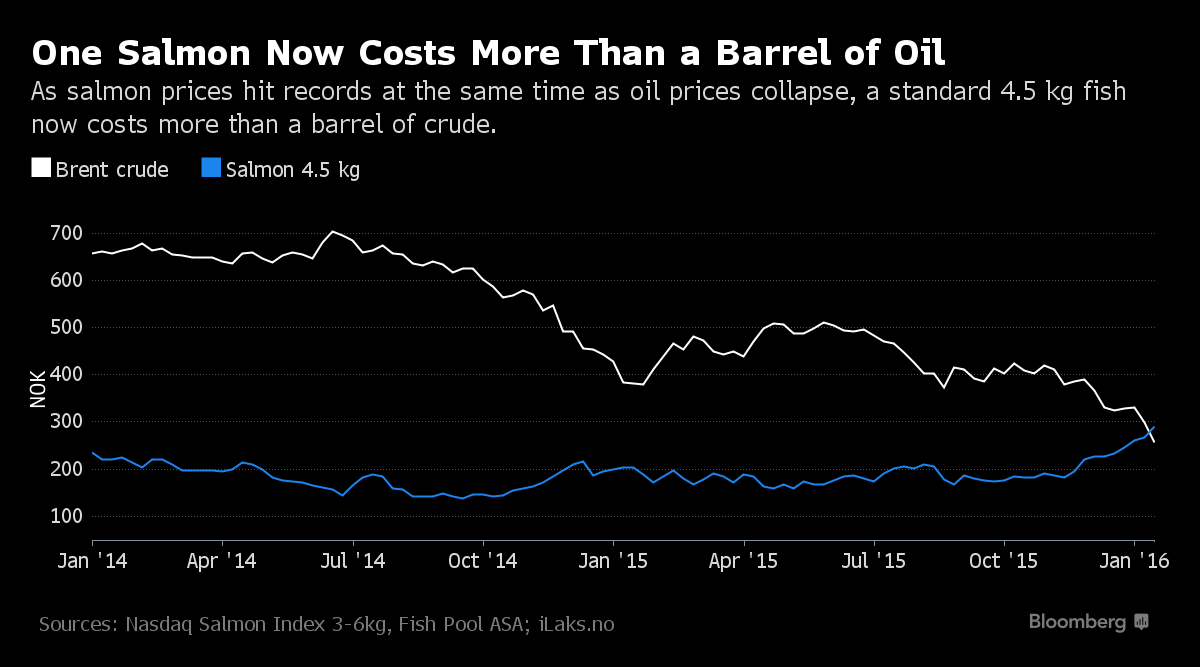 A salmon is now worth more than a barrel of oil.

You can support Abnormal Returns by visiting Amazon, signing up for our daily newsletter or following us on StockTwits, Yahoo Finance and Twitter.