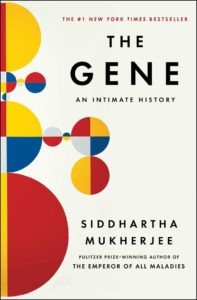 Later this week we will post our regular monthly round-up of our many book-related links. However December is a bit different in that this is the month where everybody comes out with their year-end best-of book lists. Rather than burying these links in the regular linkfest I decided to break them out separately. Please note that the links below is by no means a comprehensive list.

IMPORTANT! Please note that Amazon is still running (through Dec. 12th) a promotion where if you spend $15 on books you can get $5 off. Just use the promo code “GIFTBOOK” at checkout. Remember any purchases you make through the links below help support Abnormal Returns. Happy Holidays!

Memorable: The most memorable books of 2016 including Seinfeldia: How a Show About Nothing Changed Everything by Jennifer Keishin Armstrong.  (Washington Post)

Finance-types: A bunch of finance bigwigs recommend books including The Man Who Knew: The life and Times of Alan Greenspan by Sebastian Mallaby.  (Bloomberg)

Economics: The best 5 economics books of 2016 including The Rise and Fall of American Economic Growth: The US Standard of Living Since the Civil War by Robert J. Gordon.  (Five Books)

Fiction: 20 of the best fiction books of 2016 including Underground Airlines by Ben Winters. (theWhat)

Book list: Tyler Cowen’s list of the best non-fiction of 2016 including: The Gene: An Intimate History by Siddhartha Mukherjee.  (Marginal Revolution)

List of lists: A list of the best books lists of 2016 including Nathaniel Philbrick’s Valiant Ambition: George Washington, Benedict Arnold, and the Fate of the American Revolution.  (kottke)

Econo-Twitter types: What econo-finance Twitter was reading this year including Ryan Avent’s The Wealth of Humans.  (Financeblah)

Reader feedback: The best books Farnam Street readers read in 2016 including The Obstacle Is The Way: The Timeless Art Of Turning Trials Into Triumph by Ryan Holiday.   (Farnam Street)

FT: A big list of the best books of 2016 including JD Vance’s Hillbilly Elegy.  (FT)

Bill Gates: Bill Gates’ favorite books of 2016 including The Grid: The Fraying Wires Between Americans and Our Energy Future by Gretchen Bakke.  (Gates Notes)

NPR: NPR’s best books of 2016 including My Marathon: Reflections on a Gold Medal Life by Frank Shorter with John Brandt.  (NPR)

Science: The best science books of 2016 including The Gene by Siddhartha Mukherjee.  (Brain Pickings)

Innovation: The best books about innovation in 2016 including Wonderland: How Play Made the Modern World by Steve Johnson.  (Smithsonian)

Lessons learned: 20 lessons learned from books in 2016 including Algorithms to Live By by Brian Christian and Tom Griffiths.  (Medium)

Business: For the holidays some great business books including How to Make a Spaceship: A Band of Renegades, an Epic Race and the Birth of Private Spaceflight by Julian Guthrie.  (WSJ)

Finance: The best investment books of 2016 including Money Changes Everything by William Goetzmann.  (Reading the Markets)

Favorites: 16 favorite books from 2016 including Neil Gaiman’s The View from the Cheap Seats.  (Brain Pickings)

Best of: The best books Ben read in 2016 including Judd Apatow’s Sick in the Head: Conversations About Life and Comedy.  (A Wealth of Common Sense)

Reading list: A holiday reading list including The Power Paradox: How We Gain and Lose Influence by Dacher Keltner.  (Pender Funds)

Best of: A good best of 2016 list including I Contain Multitudes: The Microbes Within Us and a Grander View of Life by Ed Yong.  (The Mission)

Business: The ten best business books of 2016 including Whiplash: How to Survive Our Faster Future by Joi Ito and Jeff Howe.  (Fast Company)

Best of: The 16 best books of 2016 including Sapiens: A Brief History of Humankind by Yuval Harari. (Farnam Street)

Business: The 20 best business books of 2016 including Pre-Suasion by Robert Cialdini.  (Business Insider)

Check back in later this week for our regular monthly book link-related post.